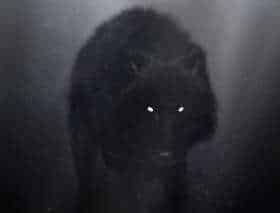 In this article, I write about psychopaths and narcissists interchangeably, as they both lack empathy and remorse. The conclusion of this article can be applied to both for this reason.

In the 1970s, Ted Bundy brutally murdered somewhere between thirty and a hundred or more women.

I have been pondering for a while now: what is it about Ted Bundy the psychopath that makes him different from psychopaths that do not kill? I have sought out the answer in the research I have read.

FACT: Bundy had a girlfriend during the entire stretch of time he was murdering women, a girlfriend he was also cheating on with multiple other women.

FACT: While in college, Bundy had a girlfriend who broke up with him. He later tracked her down to show her how successful he became, showered her with attention and introduced her as his fianceé to everyone, then disappeared. When she found him and asked him what happened, his response was, “I have no idea what you’re talking about.”

FACT: During the time Bundy was committing these murders, he worked for a Suicide Crisis Hotline.

FACT: After he was caught for the murders, he acquired a new girlfriend in prison that he had convinced of his innocence, married and fathered a child with her. Later, she left after he confessed and he charmed yet another girlfriend in prison– an attorney.

For every Ted Bundy, there are tens of thousands of psychopaths among us who have never killed anyone whose social behavior looks similar to Bundy’s nonviolent behavior. They put on a facade of normalcy. They are charming and deceptive. They carry on multiple relationships simultaneously with people who each believe they are the only one, and they have no guilt about doing so. They disappear in and out of people’s lives and treat them as if they are replaceable.

Bundy is an extreme example, but that is the point.

Because based on what we know now, it seems the answer is both simple and frightening: nothing.

At this time, what we know is that there is nothing that psychopaths who kill all seem to have in common with one another, as distinct from those who don’t, that we can use to make a determination about which ones are actually lethally violent.

So what separates Bundy from other psychopaths is the fact that they have chosen not to kill.

All psychopaths pick and choose what rules and laws to follow based on making rational decisions about costs and benefits to themselves.

Psychopaths have not internalized shame or embarrassment as part of a social conscience to use as their internal barrier against engaging in acts that might hurt others. What keeps them from doing so is the relative cost of doing so as compared with the benefits– to themselves. If they are willing to accept the consequences of engaging in an act (or believe they can get out of the consequences), harm to others is fair game.

Sleeping with your friends? Sure, why not. They can gaslight you about that. It never happened. Sleeping with their best friend’s spouses? Sure. Drive a wedge between them and see what happens. Cheating on you? Oh, of course. You probably deserved it, right? They’ll tell you that. And taking money from you or maybe from their own family members? They’ll find a way to justify it.

Rules are negotiable to psychopaths and narcissists.

But to choose not to do something because they’d feel bad about it? Nah.

And they may never…

Yet a person without empathy will never make a choice not to hurt you simply because of how it would devastate you and make you feel. If he or she makes that choice not to engage in the act, it’s because of the benefit they perceive for themselves from not doing it. The flipside is that the boundaries they set around what they might do are not reliant on the pain it causes! They are not reliant on you at all.

You will never be sure of what those limits are and they have nothing to do with you. Let that sink in and don’t ever make the mistake of forgetting it.

Please note that it may take a couple of hours to get the subscription verification E-mail.