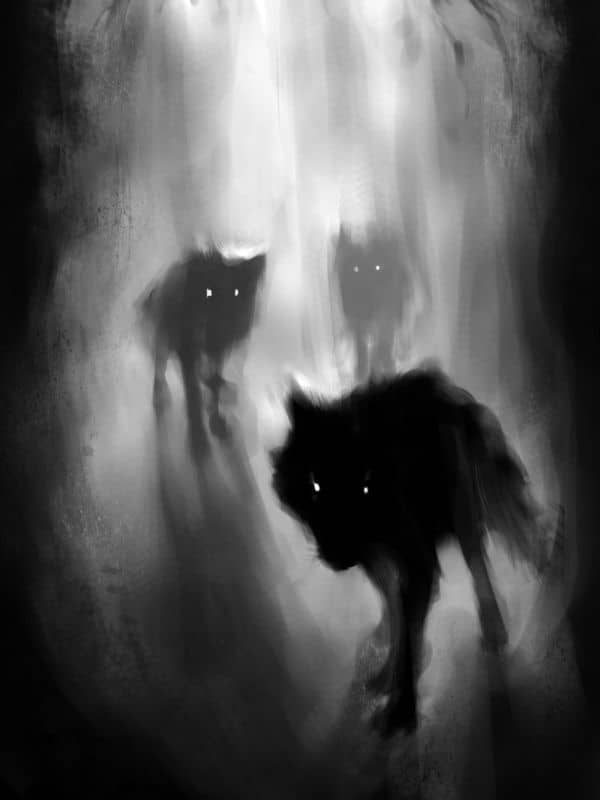 Describing what narcissistic cruelty looks like is extremely difficult because it’s hard to explain exactly what it is in one or two sentences.

We all have a shared definition of physical abuse that says something about the intentional infliction of bodily harm on someone for the purposes of controlling them.

We also have shared definitions of psychological and emotional abuse. Some people separate the two types of abuse and some people don’t. Either way, both definitions basically revolve around acts of verbal aggression or non-physical hostility that result over time in the loss of self-esteem or ability to trust one’s own thought processes.

So what’s the difference? How do you describe what narcissistic abuse looks like?

It’s not easy. If you can find a way to put language to it, it either sounds too abstract to be useful as a definition, too outrageous to be believed, or too inconsequential to be destructive.

There’s a reason for that. It’s because we’re trying to understand it from the perspective of a non-disordered person.

Yet, by its very nature, the abuser can’t interact with others in healthy ways. The abuse itself a patterned part of a way of thinking from which we don’t operate.

To explain what narcissistic cruelty looks like, we have to shift our frame of mind so that we can understand how they think.

Otherwise, their behavior seems nonsensical. It is completely counter-intuitive to people who have and desire healthy social bonds with others.

Finding Narcissistic Cruelty in the Stories of Others

And what does narcissistic cruelty look like exactly? I think it looks something like these moments, as described below.

In the book, The Bigamist, the author writes about getting a phone call one day from a woman who asked to speak to “Mrs. Jordan.”

When the author affirmed her identity, the caller then said, “I am the other Mrs. Jordan.” The writer then describes how her life with her husband of fourteen years unraveled.

Her husband had invented a secret life for himself over the course of years, telling his wife, the author of the book, that he was a CIA agent who needed to travel frequently with another female CIA agent and their cover story included a fake marriage.

None of it was true. It was actually the other way around. It was the marriage that was real and the CIA agent story was false– a cover story for his wife only, to keep her from knowing the truth about his other life.

Not only was he married to both women, he also had several children with both of them.

In addition, he was about to face jail time for pending sex offender and fraud charges in a third secret life that the “CIA Agent wife” had just uncovered.

In another story I read online, one woman recounts the moment when she realized that the boyfriend she was living with at the time and with whom she was planning marriage was a narcissist.

He texted her to let her know he would be getting off work early and wanted to take her to dinner. He took her to a doctor’s appointment first and was loving and supportive throughout, then they went to dinner and had fun laughing and talking as always.

Afterward, at home, he looked her in the eyes and told her coldly that she wasn’t religious enough for him, he had quit his job and was moving away the next day. He had already packed up all of his possessions into a moving truck.

Whether you were together six months or three decades, whether you’re a woman or a man, whether you had no children together or ten, whether you were also physically harmed by this person or they did not use physical abuse as a means to control you, the devastating and dangerous manifestations of what narcissistic abuse looks like are always so strikingly similar.

They become illuminated through the telling of stories about what happened when reality crumbles.

These devastating moments illustrate the contrast between what you thought was true and what is actually true.

What narcissistic abuse looks like is the cruelty of knowing that someone can look you in the eyes one minute as if the relationship is real and knowing that you believe it to be so, and yet carry out the most savage acts of betrayal at the very same time.

Narcissistic abuse is the cold cruelty of betrayal that could only have occurred because the narcissist deceived us about their true intentions or their true nature or both.

Because they did not care about how their actions made us feel, and their coldness was like a blade sliding deep into the same heart that moments ago they had cradled in their hands.

I have not only the memories but hundreds of thousands of text messages between my ex-boyfriend and myself.

Reviewing them now feels surreal. They play back brutal and baffling conversations word for word that used to shred me internally in real time and then later re-traumatized me to read.

Now they serve as the instruction manual for what narcissistic abuse looks like and how he slowly eroded my sense of self.

First, he would deny me any interaction that would dignify my feelings and needs or even allow me to have a reasonable, human response to horrific cruelty and abuse, and then he would accuse me of being the one to deny, harass and abuse him for having the response.

Below is such a conversation.

What Narcissistic Abuse Looked Like to Me: A Story

Days before this conversation took place, I found out that he was cheating on me with several people.

He coerced me into going on a trip that we already had planned by saying he wouldn’t move out of the apartment we shared together or let me move out without holding me accountable for my share of the rent unless I went with him anyway.

I was in shock at everything that had happened and having trouble processing all of the lies, abuse, and callousness, in contrast to the person and relationship I’d known less than a week earlier.  He had been the love of my life.

On this day, we were sitting in the hotel dining room having breakfast, and when tears came to my eyes, he threw his napkin into his plate in disgust, stood up and walked out.

He texted me a few minutes later.

Him:  Thx for ruining it

Me: ______, what do you expect?  You are being cold and I have nothing to take my mind off what’s happened.

Him: U f*cking ruin everything,  I can’t even eat in pc or f*cking go to sleep

Me: I’m in so much pain I can barely breathe.

Me: We’re here together all the time and there’s no one to talk to. You’re being cold and it hurts even more.

Him: Well I’m not going to talk to you because all you do is f*cking cry and bitch why I did this or that

Me: I just wanted kindness and maybe thirty minutes of explanation of why you did it all. Then I could get myself together, but everything is just hanging out there right now.

Him: You do need to get yourself together cuz I don’t need this shit in my life

Me: You’re ridiculous for thinking I’m not going to be in a huge amount of pain.  I loved you. Or who I thought you were.

Him: I don’t have to explain anything to you

Me: No you don’t. But you said you loved me, so I was just asking that part of you that did to tell me.  Give me that one last thing, so I could go on these last few days.

Me: That’s all I wanted from you. That one piece of kindness.

Me: Are you serious? I was a good faithful girlfriend to you… Not perfect, but I loved you and you lied to me and cheated on me over and over.  I asked you because I wanted you to be kind, as someone if you had human decency.

Him: Well, I’m not going to be kind when all you do is f*cking cry and ruin everything

Me: All the plans we made meant nothing.  They were a lie…

Him:  Yes they were

Me: It will take me a little while to completely understand that and let it sink in.  You have to see that surely.

Him: Think what you want.  I do not give a f*ck

Me: Did you ever love me?

Him: I don’t want to answer any of your questions.  It’s f*cking 9 am n u already ruined my day. This is so you. Ur such a bitch

Me: You are in control of yourself. You decide if your day is ruined or not.

Him: That’s all you f*cking do n ur good at it too

Me: That’s what made me cry.

Him: I do not care what made you cry. If you want to cry then cry but I don’t want to see it

Me: You told me last night that I could ask you questions. So when is a good time?

Him: Well I don’t have to answer shit

Me: Why then did you say you would?

Him: Cuz I wanted you to f*cking stop talking that’s why.  All you want is answers and guess what, I don’t have them so you better stop cuz ur ruining this vacation

One day everything is okay, and the next it isn’t.

You learn what narcissistic abuse looks like at the precise moment you realize there is more than one of the person you have known all along, and then the trauma begins.

Sometimes that person changes only in your mind as you learn the truth.

Other times they change right in front of your eyes as you see the truth.

And then there are the times when it happens a little at a time and then everything just flips.

Yet when the switch happens, it is the equivalent of:

To summarize: They rip away the foundation of your reality at the very same time that you realize you’re not at all safe. And you also suddenly know things will never be the same as they once were.

You are never going back. You’re lost.

The psychological transition period your brain must undergo to adjust to the new reality and navigate with no safety net is your test of how strong you can become.

You will crawl through a seemingly endless wasteland, exposed to their elements, caught and laid bare, while they circle around you picking at every insecurity and feeding on every dying crumb in every crevice so that there is nothing left before they go.

If they can. Unless you find the strength amidst the devastation to leave first.

This is what narcissistic cruelty looks like, hidden in the stories of our broken and reconstructed lives.