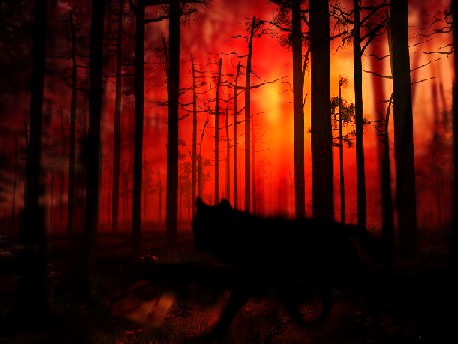 I’d be lying if I said I never missed you.

I’m not even sure what it is I really miss.  But it’s… something to do with you.  The shape that you once put in front of me, the presence that you had wrapped around me, the soliloquy of your voice that I can still hear in my mind sometimes if I try hard enough.

But you’re never getting back in.

All those excuses, all those lies, all those times you said you’d never hurt me again.  Then to come back and say you were sorry for hurting me… and expect that to be enough.  And all those lies about why you abandoned the relationship.  I mean, really.  I should have abandoned it years ago.  But you found a way to get a few of us in the rotation for awhile with plot twists that could only have come from a well-scripted drama.  You had to have known that wouldn’t hold up for long, but… still… bravo.  Well played.

Yes, I do remember those times you were there for me.  So what?  Let’s talk about who did those things.  Where is the consistent actor behind them, someone who behaves the same way reliably across all contexts and from person to person?  If you act in a manner that contradicts the good in those things when I am not around, they mean nothing.

I like to think that that man who did kind things for me, the one I was in love with, died because he existed only for me, and I’ll never see him again.  He’s gone.

You used to say to me, as a tactic to get me to stop talking about one of the many things you had done, “Nothing I do is ever good enough for you.”  Meaning, you were playing “magician.”  You wanted me to pay no attention to what was in the blue box while you tantalized me with what was behind the red box:  flowers, candy, dinner, sex, whatever it happened to be at the time.

Nothing I do is ever good enough.

Turns out you were right.  Nothing you did was ever good enough.  Because you’re incapable of doing what was good enough or even being good enough.

I understand now.   It’s an issue of entitlement for you, the lying and the cheating.  All those times you wanted me to “start over,” you meant you wanted to see me as good again. Me.  ME.  You saw me as the bad one because I had seen through your lies, discovered your secrets and I wasn’t giving you the same level of positive attention you were used to.  If this is going to work, you’d say, you can never bring up the past.

So here’s the game:   You wanted me to start over so then you could start over.  You wanted me to shower you with attention again and you would see me in a new light as if I was the wrongdoer.  You’d stop the lies and the cheating, not because you’d changed, but because I’d done what you asked.  As soon as I fell off the pedestal again and failed to satisfy your need for attention (which was inevitable since I was traumatized, still couldn’t trust you, and you had done nothing to actually earn my trust back), you’d feel entitled to start cheating and lying again and blame me– well I tried to change, you’d say.  Nothing I do is ever good enough.

I get it now, I just don’t want to get anywhere near that.  I may sometimes get a tinge of sadness about our time together, but it doesn’t move me because then I remember that dance you’d pull me into.  My next emotion is relief that I don’t have to walk a tightrope anymore and fall repeatedly into an abyss.

But you know what?  Now that I know these things about you, I don’t see you as my equal anymore either because you can’t feel what I can feel.  Not even close.