I thought I had things under control. I saw the red flags of narcissism, but I didn’t interpret them as red or as flags.

I was so innocent.

There was the incident where he told me to stop going out with other guys before we’d even met in person. I’d mostly found it amusing. Surely, he couldn’t have been serious.

It was like a joke. Like, why should he even care if a woman he barely knows and hasn’t even met yet is having a date? No one is jealous like that in real life.

[Read: Why Cognitive Dissonance is Trauma to Narcissistic Abuse Survivors]

There were also the early days when we’d go to dinner, and he’d ask me what I was thinking of ordering.

He would scrunch up his nose and frown. “Ah, baby, you don’t want that.”

I’d raise my eyebrows at him, again, amused. There was something about his response that was a little intriguing. Was he serious?  Who would seriously say that on a date?

It was like a game we played. What were the edges beyond which I would not let him play?

Then there were all those funny things he used to say after we became a couple.  He would look hard into my mirror, flexing, and say, “Baby, you’re lucky to have such a sexy boyfriend.”

And I’d laugh. No one says things like that seriously. What a sense of humor.

How was I supposed to know these were red flags of narcissism, too? It was too obvious. 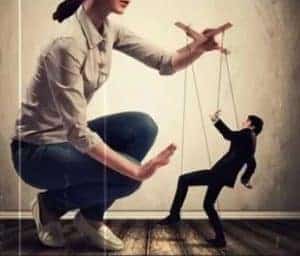 Later in the relationship, things weren’t so funny. He didn’t like it when I stayed out late.

“Are you home?” he texted me one night while I was still out with my friends.

“Clubs close at three,” he responded, as if he thought he was catching me doing something scandalous.

“This one closes at four.” It was a new place to which I had never gone out before that night where they had live shows.

“I want you home by four-thirty.” Oh really?

And again, back to me calmly explaining fundamental principles, this one about basic respect toward another person’s autonomy. “You can’t tell me what to do. As long as I’m not out cheating on you, you can’t tell me I can’t be out like that.”

It was the first of what would be many threats to come over the years when I stood up for myself and asserted my basic rights over my own life.

[Read What Do Narcissists Want?]

If I didn’t do as he said just because it was what he wanted and for no other reason, he was going to … [leave it to my imagination]. But I could bet it would be something that would extend beyond merely spending his time as he pleased unhassled.

Still, even then, as I explained my basic human rights to my newish boyfriend, I’d thought I had it all under control.

I thought he said and did these things because he was the innocent one. I chalked what were red flags of narcissism up to a lack of experience. Maybe he didn’t know how to behave in relationships and his insecurities were getting the best of him.

I had no idea what I was dealing with.

All I was really doing was projecting my own innocence onto him.

In time, he finally figured out that if he wanted my compliance, trying to dominate me was never going to work. Instead, all he had to do was pry my heart open with his own and I willingly complied by myself and beyond his wildest dreams.

He had it all under control. 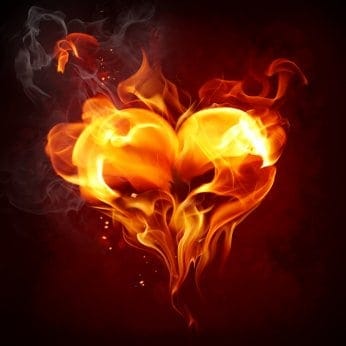