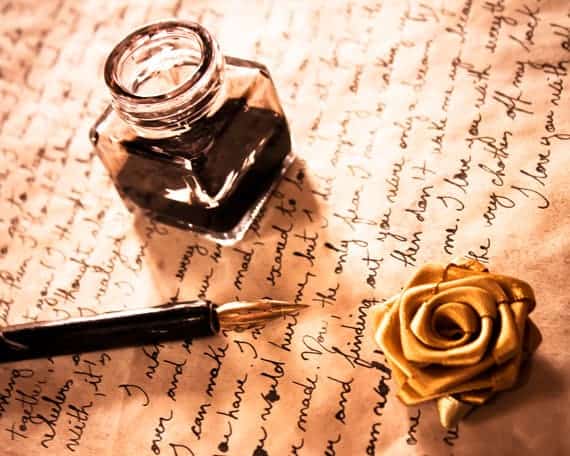 I don’t feel anything anymore.

That’s not really true. I feel an aching sadness that I don’t feel anything anymore.

I used to feel hope that you would change the way you treat me, and I used to feel hope because there was something to hold onto. Now I know that if you change, it isn’t going to be right now, and I also know that there isn’t any time in our past for me to look back on and believe we can get back to and be happy, because all of it was a lie.

Back in October, I came back not just because you begged me to. After we broke up back then, I genuinely believed that we couldn’t be together, that too much damage had been inflicted. But then two of your best friends told me that you genuinely loved me and that you had changed and had never acted with any other girl the way you did with me.

I was so confused. If you loved me that much, and if everyone kept telling me you did, corroborating what you said, surely that meant things could turn around. You bombarded me with your phone calls and your texts. You begged me for a chance to make it right. You said you know what you had done wrong, that you didn’t let me talk about the past, which was true. You hand-wrote a list of things you were going to do differently this time around and came over to read it to me and explain it. I told you how hard it was going to be. I had my doubts because I couldn’t trust that you would ever stop lying to me and talking to other girls, and you know I had my reasons. I needed to be able to express my fears to you.

You were so loving to me at first. You texted me non-stop to let me know you were thinking about me. Knowing I was going to have to give this a real shot, my wall had to come down and the pain would have to come out if I was going to learn to trust you again. It was scary as hell and I needed to talk to you about it. If we were going to get close again, I was going to have to deal with all those feelings inside of my mistrust. And you listened to me express my pain no matter when I was feeling it.

And you brought me the necklace you’d kept. You promised to fix the bracelet I gave you that you broke, and wanted to buy one for me. You brought me flowers. You kissed me and cuddled with me and told me that you wanted to marry me if everything worked out. You told me you saw our future together, that you’d learned your lesson and you’d been stupid before. You took me to my favorite city on earth, New York, and we walked all over, sharing dinner in Little Italy, cheesecake in midtown, and pizza in Brooklyn. We walked the boardwalk at Coney Island, huddling up against the winter wind, and walked through Central Park, sharing fruit I’d never tried and that you’d forgotten the name of in English. You ran out of your apartment to kiss me every time I showed up and carried my bag upstairs without me having to ask. You brought me chocolates and treats from ____________, and picked out new heels for me.  You complimented me nonstop, telling me how beautiful you thought I was. You wanted me to choose movies to watch. You cooked dinner for me. You even wanted me to come into the bathroom with you because you couldn’t stand to be away from me… and because you wanted me to trust you. The bathroom was often where you had slunk away to text other women when I was around, and you knew I knew that. You even gave me your passwords to social media sites to try to show me that you were now going to be a trustworthy person.

I was so happy. Could it be possible? Could things take a different turn? My heart wanted to believe, even in its still traumatized state. I started to have hope of a possible new version of a future with you, even though I knew there was still a long way to go.

Then it all just… started to fade away. Slowly your focus started to turn to other things. You stopped complimenting me, you stopped listening, and then you started insulting me. You got violent. You yelled and hurled insults again. I started to suspect there was something going on. I’m not proud of it, but I used one of the passwords you gave me. What I found out was that during that time period last year when we were so happy, the time I thought was still sacred, you were still talking to girls and telling them you didn’t have a girlfriend. You were trying to meet up with them… maybe you did meet up with them. But the point is– back then, everything between us was perfect. That was the time in our relationship when you treated me like you were really in love with me. I had thought that maybe that time period at least was real. But seeing that took it all away from me, and I have nothing left in the relationship to hold onto.

I’m a person. I’m not a toy. I’m not someone you can kick around.

I loved you. I loved you so much I would have done anything for you. I gave you everything I could possibly give you.

This relationship has changed me. I’m the person who likes to take care of everyone, but I’m becoming a shell. I can’t even think about anything except all these negative things that you’ve done. Only you and I know the full extent of the truth. And if we’re being honest, I know I don’t know everything. And I don’t want to. If I did, I’m sure it would darken the love I held in my soul even further than it already is.

I had a dream in my head of how this could have been. But you never treated me right. Not at any point in time. Even when I thought you were doing so, you never were behind my back. You have your friends who don’t know the tip of the iceberg, trying to convince me you love me. Yes, I believe you love me. But it takes more than love.  They also say at this point that I deserve better. And even you said if I have respect for myself I’ll stop messaging you.

If I have respect for myself I’ll put an end to this.

This dream in my head is just a dream. You never belonged to me. You were always engaged to someone else or involved with your ex or fucking around with someone else or having your “just in case” girls or some combination.

What hurts is that it was a cascading fall of how I found out who you really were. I did not get the benefit of knowing how much you fucked around before I met you because I did not “grow up” around you and you presented me with a totally different person and kept me away from the people who knew you until months into our relationship.  I did not get the benefit of knowing that you had arranged your marriage until I happened to ask the right question of someone else a year and a half into our relationship because, again, you withheld the truth. I always believed there was something special about us, but no, every piece of it was tainted by something else.

I want a normal relationship.

This is not a game. It will never go anywhere with you because you won’t give me these things. Won’t, can’t. It doesn’t matter. I’m tired of words.

I’ll never forget what we shared even though I don’t understand which parts of it were real. I looked into your eyes so many times and felt you touch me so many times and it felt like the earth fell away and it was only us. I never in my life loved anyone like I loved you, and you may be the one true love of my life. That being said, I can’t be with someone who does the things you do, and it took me this long to realize this only because my love for you was so deep.

How many letters like this did I have to write before the relationship actually came to an end?  How many?  There were the ones in my head that never got written.  The ones I scrawled on paper at three in the morning when I couldn’t sleep, finally lying back exhausted, shoving them in a drawer unsent.   The ones I placed in his hand in despair as I walked away, only to be drawn back in days later by his plea to see him “just once more,” pulled by an invisible thread I wished I could sever, becoming myself more faded each time.