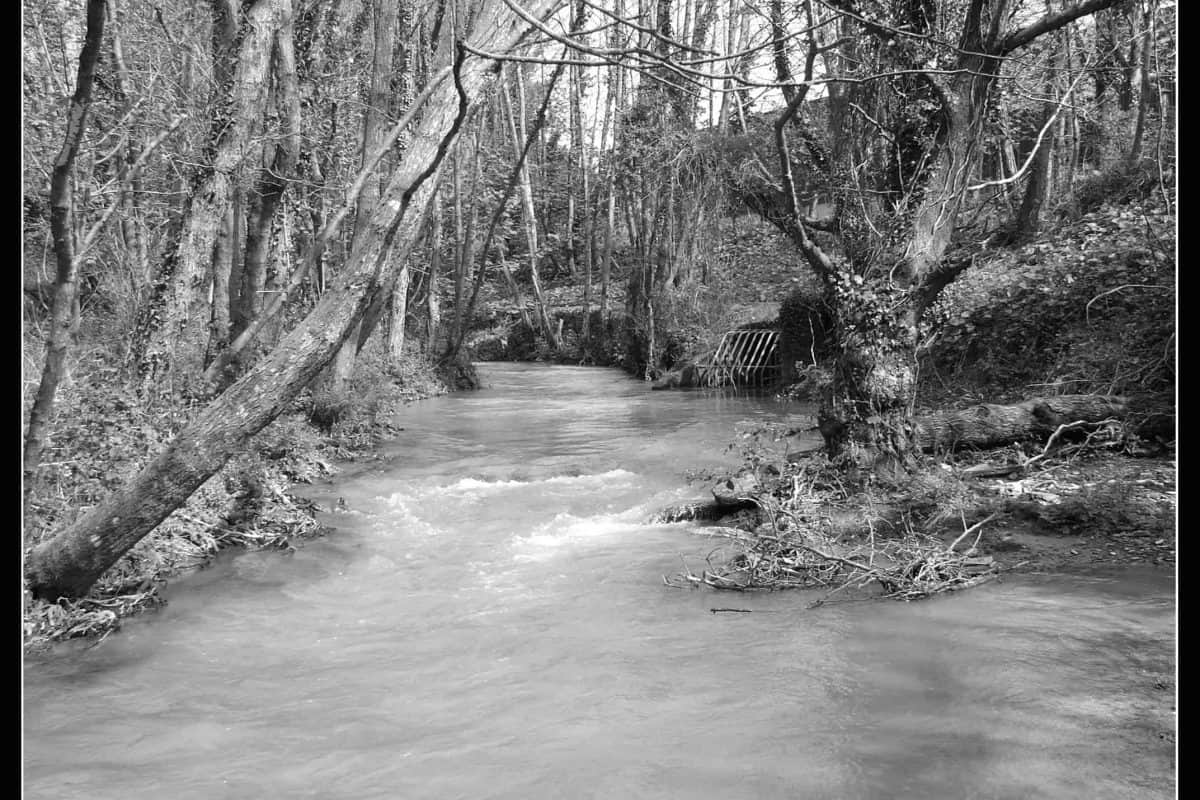 Imagine you are blind in your left eye.  One day as you are taking a walk, you happen across a river.  Across the river is a man, and he waves at you.

“Hey!” he yells.  “I know you!  I’d like to help you.  If you come over to this side of the river, I have developed a state-of-the-art device that will cure your blindness forever so that you can see out of your left eye.”

It sounds too good to be true, but the man gestures to a hospital behind him and continues for the longest time to tell you about the how the device works, projecting his voice so that you can hear him.  He is using scientific principles and even holding up graphs and charts where appropriate.  You have always wanted to see out of both eyes and you think about how that would change your life.  You decide it won’t hurt to at least go talk to him.

“Just swim over.  I’ve got clean clothes you can put on when you get here,” he says.

You shrug and jump in.  You’re almost halfway across, however, you realize something is wrong.  It feels like something under the water is trying to pull you under and you start thrashing around.  After a few minutes, something down there starts to attack you as well.  Anxiety kicks in when you realize that whatever is happening, you’re probably not going to make it across and you should turn back—and fast.

Now, let’s imagine that the river is toxic and as you have been trying to swim across, you’ve been inhaling whatever is in it.  You’ve started to get light-headed and you’re feeling sick.  What you don’t know until it’s too late is that you’re slowly being poisoned.

You should really go back now, you think.  Right?  Right?   Your judgment is clouded.  Should I keep going or should I go back?  The man is still gesturing you over, but something seems to be attacking you the closer you get to the other side.  You’re sure, though, that you could make it if you could just find a way around whatever is trying to harm you or figure out how to get it to stop.  You really, really, don’t want to give up this chance to see out of both eyes.  If you can just get across those last few feet… that’s all you have to do.

And while you hesitate, you inhale so much of the toxins that soon you’re not even in total control of yourself anymore.   It’s not just that you’re confused, now you’re in pain and all you want to do is make it go away, but you can’t decide what will make that happen.  You can’t think clearly and you don’t trust yourself anymore.  Nothing makes any sense and everything hurts.  Which side are you the closest to?  You can’t tell anymore.

And now there are people gathering on the other side of the river where you were originally standing.  They can tell something is wrong with you, but they can’t understand why you are just swimming in the same spot and won’t get out of the water.  They are yelling, “You idiot!  What are you doing?  Come back!”

You remember something is wrong with you, but you’ve lost track of what it is.  You’ve been in the water so long now you don’t know what’s going on.  You’ve heard of that saying that a fish doesn’t know it’s in water, but you’re sure that doesn’t apply to you because you know you’re in water.  You can’t really be in danger.  It’s just water.  You know something’s wrong– you just have to figure out how to make all this stop happening somehow but you don’t know how.  You’re too sick at this point to know you’ve even been poisoned.

The people on the other side sound pretty reasonable also, and they’re making a good point.  They’re right.  I’m an idiot.  I got myself in this mess in the first place. But you feel so ashamed about having gotten yourself in that mess you don’t want to have to go over there and explain anything to them about it.  You’re not even sure you could because you don’t understand it yourself.  You’ve lost all sense of trust in yourself about which direction to go at this point and they’ve pretty much alienated you from that side of the river.  You’re still unsure about whether you can trust the man on the other side.  Maybe you can.  You want to believe you can, but he told you to jump in here in the first place with all this danger. now surrounding you.

Every choice seems wrong.  You’re frozen.  The pain is weakening you, crushing you.  You’re almost unconscious.

And so it goes on until you almost drown.

Finally, you have some moment of consciousness where you realize you’ll die if you don’t swim back and so you do.  Someone may have to help pull you out.  You may have to crawl out.

You sit shivering on the bank, and as the poison drains out of your body, you will feel euphoric relief at being able to breathe again.

You will look over at the bank where the man was standing and you will see that he is gone.  You will see that the hospital is shuttered.   It will hit you in one crushing blow that you were never going to get to the other side.  Never.

An unbearable sadness will overwhelm you.  You will grieve the false promise of your most wished for heart’s desire.  You’ll feel the pain in your body and your soul.  You’ll feel it across space and time, across every age you’ve ever been and every age you ever will be as it cups itself around this emptiness that sold itself as hope.

The people who helped save you will wonder why you’re crying.  The danger has passed and you’re alive.  But you know you will never be able to find the words to explain the loss of that reality that had been constructed for you in which your broken pieces had briefly fit together.  For that one moment in the entirety of your life, there was a clarity of purpose that had felt like destiny, but had only been an illusion.

This is what psychological abuse by a narcissist feels like.