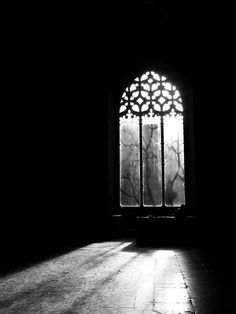 I remember the first time I opened our mailbox and saw our last names listed side by side as the current renters of the apartment.  Something fluttered in my chest, some combination of happiness and anticipation.  It was a little like what I had been feeling the day I graduated from college.  Seeing our names together in writing like that made it so real.

I had lived with men before, but it was never like this.  In the past, one of us had moved in with the other, the one with the apartment or house carving out space for the new arrival.

This time, however, was different.  You and I were both moving into a brand new apartment that we had chosen together, starting fresh.  All the memories made in this apartment would be ones we made only as a couple.

We selected our color scheme and picked out furniture.  No compromises were necessary– our tastes were the same.  Until the furniture arrived, we lived on an air mattress in the living room, eating food delivered from _____ and watching movies on your laptop.  We eagerly tore open the boxes when the furniture did arrive, and sat on the floor, assembling it together.  We picked out dishes and silverware and a shower curtain at the housewares store, and established a joint checking account out of which to pay our joint bills.

We went grocery shopping together at the international grocery store at which your parents shop, spending an excessively long time in the produce section, where you would ask me, “Have you ever had this?” and put fruits into the cart from your childhood for me to try.   Meanwhile I would fill the basket with vegetables I knew how to season well and make a brief case for nutrition, and you would scrunch up your nose but say something about eating better now that we lived together.

I showed you how to work items around the apartment like the dishwasher and the washing machine, and you let me use your car on my days off while you worked, saying you considered it to belong to both of us now.  Sometimes you would come home with flowers, and other times when you arrived home, I greeted you in lingerie.  We got a joint gym membership, and you showed me proper form for the weight machines and I encouraged you in the cardio section. We cooked together, you on the grill and me in the kitchen preparing sides or a salad.  Then we would enjoy our meal at our new dining room table or in front of an episode of one of the TV series we were following together.  And, every night, we slept entwined in each other’s arms until morning came and pried us apart.  I’d get ready for work and then lean down to kiss you goodbye, and you would mumble half-awake, “Don’t forget your umbrella…it’s going to rain,” thinking about my well-being even in your sleep.

I remember the last time I opened our mailbox and saw our last names listed side by side, checking the mail one last time as the moving truck waited outside, a lump of heartache replacing the flutter of anticipation.  You were already gone by then.  I remember watching you pack up your personal belongings and walk out.   You would come back many times after that, because the love wasn’t dead, and, despite everything, the betrayals weren’t enough for me to end things entirely while I tried to process what had happened and you insisted they were mistakes and asked me for another opportunity.

When I found out everything that had happened, I realized almost immediately how much had been taken from me and the loss was devastating.  The past, present and future as I knew them were all gone.  Your friends, your brother and sister, your cousins I met when we traveled.  The ease with which I had become a part of your life and you’d become a part of mine, and how we maneuvered our way through them on a daily basis because our existences were now enmeshed.  It was all gone.

All of the memories, the relationships, the dreams and plans were gone, yes, but here in front of me was the most concrete representation of what had been taken.  The home we had only just started building together to represent us as a couple had disintegrated as though it had never existed.  The empty bed, the awakening every hour and reaching for your ghost, my head on a pillow at first thinking it was your chest, hollow with no heartbeat.

Without you in it it wasn’t a home.  It was just some place to sleep that had no soul or identity.

We each had to visit it one last time, to make sure everything was gone, separately of course, since we weren’t talking at that time.  And then you texted me that day to tell me you could still smell my perfume.

And what is it I miss the most?  Knowing at the end of the day no matter where I was, that I would be coming home to you.  You were my best friend, my daily companion, my first love.  You took that for granted.

I know you love me and miss it all too.  I know you wish you could go back and change the things that made it all go wrong.  After that, your inability to deal realistically with my pain, and my interpretation of your inability as insincerity, kept the relationship fractured for a long time, but time gives everyone the gift of insight and closure eventually.

We are still holding on to that love, and, we are making new memories.  Yet some of the same pressures that always existed keep driving us apart again and again, and I, who never believed in destiny, wonder if this was supposed to happen.  What was its purpose in our lives?  Surely it had to have one.  To know a love like this can’t be an accident.

That apartment, with the two of us in it, with so many hopes and dreams, did exist.  It was real.

And one day, if we decide the time and place is right, it will exist again.  The choice is ours.

I now know that he had a date set for his wedding, which he would eventually put off for what was, unbeknownst to me, a third time.  He was also telling me at that time that he and I would live together again.  He was lying to each of us about not talking to the other one.