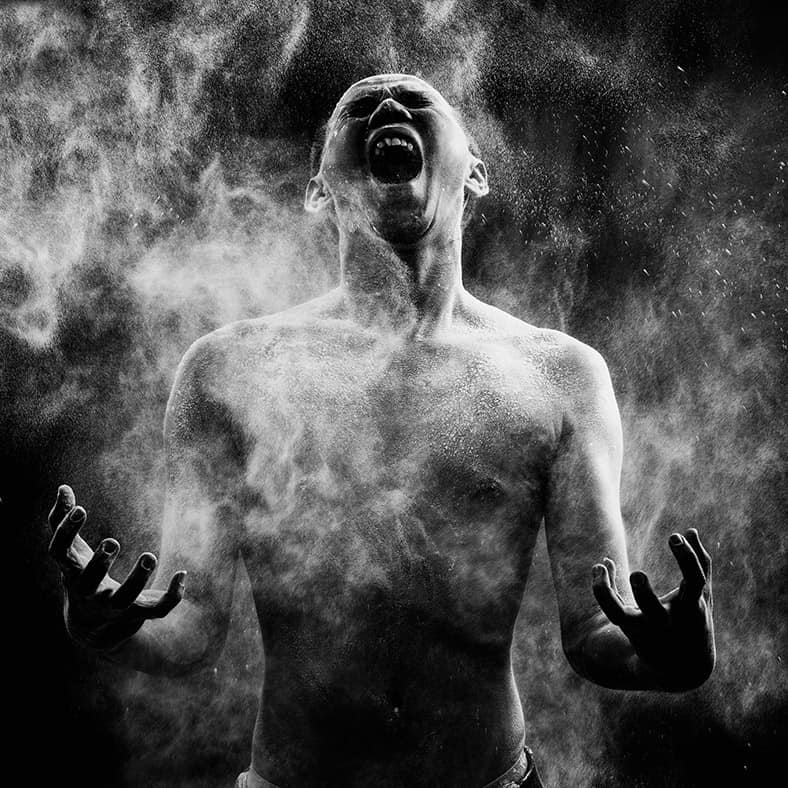 Going no contact with a narcissist is one of the hardest and most painful things I’ve ever done in my life.

The relationship itself was draining enough–I either felt like the queen of the world or I was suffering through nightmares that I wouldn’t wish on my worst enemy. There was often no in-between.

But then there was the aftermath.

Once I was out of the psychological cage my ex-boyfriend had so carefully crafted for me, my brain did not catch up to that fact immediately. I was still infected and the poison drained out slowly.

I felt rejected, broken, alone and I didn’t want anyone to see me in that condition. Who would ever understand?

There was a hole inside of me where he had been, and a range of emotions rolled in and out so frequently and so intensely that it felt sometimes as if I might drown.

I was angry at the chaos he’d left behind and yet I was too scared to see, much less acknowledge, that it hadn’t been real.

Then I felt devastated to let go of that person I had loved once and for all.

Sometimes I just felt disillusioned about the world.

Yet I also felt redeemed. He hadn’t beaten me after all. And I wasn’t going to let a hollow person who had never really seen me for me decide what I was worth, much less dictate my future.

What to Expect Emotionally After Going No Contact with a Narcissist

My emotions became my new prison.

I was determined to work through the emotions, no matter how painful.

Yet the turmoil stretched on endlessly, and I thought I would be trapped forever by what I’d been through. It seemed I’d passed from one sort of hell and into another.

I experienced all of the following emotions multiple times, in no particular order, and with no rhyme or reason.

There are several types of denial that you’ll face at different moments.

Sometimes you’ll be in denial about the narcissist’s intentions and the reality of the relationship. That was a big one for me.

There were a lot of reasons for that, and this alone belongs in another post.

Part of it was that he worked really hard to keep me from seeing the truth.

Another part of it was that I didn’t want to believe it because I needed to preserve the idea that I had been loved the way I had loved him because it hurt a lot to admit it wasn’t like that.

A third part of it was that I actually could not conceive of this idea intellectually that someone actually be the way he was until it had a chance to sink in.

Other things you may be in denial about include facing that it’s really over and you’ll never see him or her again.

The narcissist was such a big part of your life for so long that his or her absence is a significant force you almost feel physically.

You will have to remind yourself again and again that it’s truly over.

You may also get abuse amnesia again and want to deny to yourself what happened in the relationship.

Because of this, you may want to just pretend none of it ever happened, skip over the healing and get on with your life.

You may engage in a lot of things to try to numb the pain and forget, such as excessive drinking.

There is no closure with a narcissist.

They either discard you, rage at you for rejecting them, or plead with you nonstop to try to get you to come back because they don’t like taking “no” for an answer.

Regardless of how it happened, the ending was likely abrupt and painful, and you’ll be on edge.

What if he or she tries to come back?

What if he or she doesn’t try to come back?

You’ll have to manage both thoughts even though they contradict one another.

He or she has been a big part of your life for months or even years and the sudden end may seem overwhelming.

You’ll have to reassure yourself again and again that it’s truly over.

You will ruminate over the relationship and find it hard to concentrate on anything else.

There are so many unanswered questions and you’ll try to understand why the narcissist did the things he or she did to hurt you.

Did he or she ever really love you?

Did he or she know they were hurting you?

Which parts of your relationship were real?

How could they have moved on so quickly?

You’ll go over everything that happened in the relationship in your mind, trying to make sense of all the things for which you don’t have answers.

You feel that other people couldn’t possibly understand or believe what you’ve been through, even your closest friends, and you’re probably right.

It is difficult to understand; you don’t even completely understand it.

Plus you don’t have the words to explain it anyway.

Your tendency may be to withdraw from social activities because you don’t feel like you fit in with other people anymore.

Perhaps you feel tainted by the relationship and different from other people.

If the narcissist isolated you while you were in the relationship, it’s difficult trying to re-integrate back into your life having been through something like this because the experience has changed you.

Because you can’t even really talk about it, you feel alone with the experience and stuck in your head a lot of the time.

You may feel nothing like your old self– maybe you feel closed off and have started to doubt the motives of other people in your life.

The relationship left you unable to trust your judgment and you read things into what people say.

You may look for ulterior motives in what people are doing or assume the worst, and when you meet new people, you may feel more guarded than you used to.

There were so many times during the course of the relationship when he or she gaslighted you about what happened or twisted the things back onto you.

The narcissist blamed you for his or her actions.

He or she probably told you that you were too sensitive or that your angry reactions to the abuse were why the relationship fell apart.

He or she may have called you jealous and crazy, emotions purposely manufactured in you.

Now you may start to second-guess the abuse. Was it as bad as I thought? Did I cause this to happen? Was he or she really a narcissist?

When the narcissist wanted to hurt you or control you, he or she knew just what your insecurities were and what to say to try to put you down.

That verbal abuse has accumulated in your head over the course of the relationship and creeps into your thoughts occasionally.

In the back of your mind, you sometimes wonder if he or she is right.

After all, what was wrong with you that you stuck around and let someone say those things to you for so long? Maybe you really are worthless, you may begin to think.

It will feel as if the person you loved died and you’ll have to purge him or her from your soul.

You will also grieve other things that you lost, such as your innocence.

You may look back at yourself and see how innocent you were and grieve that lost person you remember.

Sometimes it will hit you like a punch in the stomach that it’s really over.

That bond you had with the narcissist is broken forever.

You may know in your heart it wasn’t real– but what you felt was real so you miss him or her.

It was likely the most intense romantic connection you have ever had with another person and you miss the person you thought he or she was.

You may fear that the narcissist was right about everything he or she said about you, that no one will ever “love” you like he or she did, or love you at all.

Or you may start to fear that you will never have a bond like the one that you had with the narcissist ever again.

Maybe you are afraid you will never be able to love or trust anyone again, or never feel like yourself again.

Over time, the doubt, anxiety, shame, and sadness begin to fade and you begin to acknowledge the magnitude of the harm that the narcissist caused.

You allow yourself to feel indignant over the abuse you experienced.

The pain and suffering you were denied while you were still in the relationship and continue to suffer turns to anger as you start to heal and step back into yourself.

For me, this happened when I was no longer in denial about everything that happened, and started to actually accept the relationship for what it was.

Going No Contact with a Narcissist Does Get Easier

If you are experiencing these emotions, you are not alone, but it does get better.

The emotions we feel after going no contact with a narcissist are painful, but they set in motion the phases through which we must pass in order to start over after such a devastating experience.

The emotions are an indication that we are free and on the path to healing from the relationship and putting it behind us.

Slowly, as my mind started to clear, I started to forget what it was like to be so caught up in his influence.

The waves of emotion became less extreme and the number of emotions on the roller coaster narrowed as I started to heal.

What I know now is that all of these emotions are normal, although they felt horrible when I experienced them. Yet emotions are our the way our bodies try to tell us something.

For example, anger rises to the surface to remind us that we suffered injustice. Sadness creeps in to let us grieve over the loss and put it in the past.

It’s best to try not to suppress your emotions when you have them. Recognize, name them, and ask yourself what they are about.

And most of all, remind yourself that, although it may not feel that way now, the emotions will pass. They are taking you down the road of recovery.

A version of this article also published on Your Tango: The 8 Stages Of Emotional Pain You Go Through When Breaking Up With A Narcissist 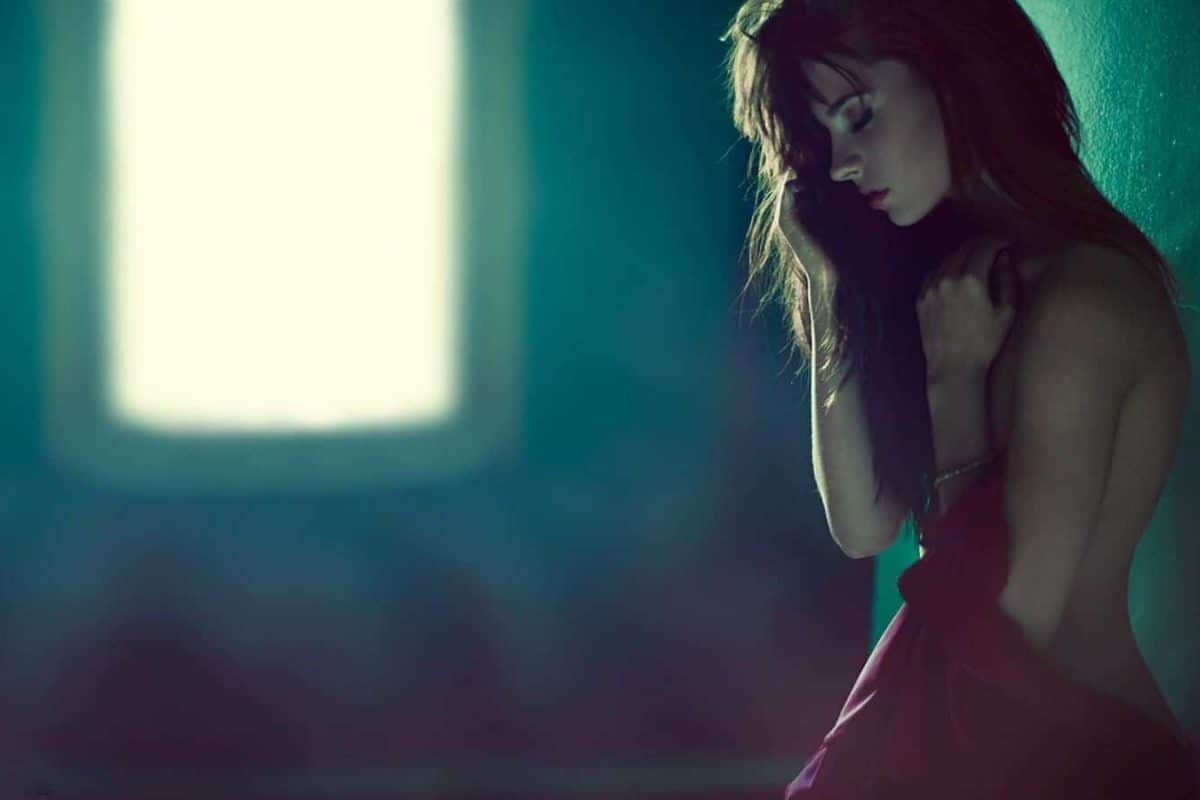