Brainwashing sounds so dramatic.  I really don’t have any other word to describe it– and yet it is the case that I was not in full control of myself.  I take responsibility for my actions during that time because they were mine and no one else’s.  I was acting with my own free will.

Yet I was not making decisions based on the decision-making skills that I normally use.  I was unable to rationally take care of myself the way I normally would.  Both somehow are true.

I was acting against my own best interests while dating a narcissist to put myself and my life in the hands of someone who repeatedly hurt me and was not taking my needs and safety into account. I was coaxed to a place where that seemed like a good idea, and then I was unable to see how it wasn’t once my safety was already compromised.

When someone acts against their own best interests, it’s not because they chose it willingly.

Let me say that again.

When someone acts against their own best interest, it’s not because they chose it willingly. They were _______ to hand over that choice.  What word goes in the blank?  Forced? Manipulated? Tricked? I mean he did tell me a couple of times that he played me. Should I take him at his word then? That was the point, right? He was proud of it, too.  If you admit you “played” someone, you’ve pretty much given away the game. So let me explain now how that game is played.

When you are dating a narcissist (or married to one), you are stepping into their world and in all likelihood, you do not know it until it’s too late. Sometimes you do not realize it until the relationship is over and you process what happened. This is never a world that is built on equal terms with the best interests of both partners in mind. It is a relationship in which your own needs and ability to speak up for them are slowly and systematically eroded over time because they are in direct conflict with the needs of the narcissist.

This is a brief primer on what happens in a relationship with a narcissist and how that erosion takes place.  This is how you “get played” and why you shouldn’t feel guilty or ashamed about how long it took to get out.

The Fairy Tale and The Horror Show

When you are dating a narcissist, there are two distinct time periods, or acts.  I like to refer to them as “before” and “after.” Although both involve their share of brainwashing by the narcissist, they are very different from one another because of what comes in between the two.  I will call them:

ACT 1 – THE FAIRY TALE:  During this time, the narcissist tries to become the perfect partner through actions such as excessive flattery, mirroring your interests,  and future-faking. He or she may try to fast-track the relationship and make grandiose statements about how they have never felt this way before. You fall deeply in love with the narcissist, and the narcissist is dependent upon your admiration and attention. He or she has manufactured this perfect world for the two of you to extract as much love as you have to give because this is truly life-sustaining for narcissists. This love-bombing is the first form of brainwashing. Narcissists may even feel love for you if you are particularly attentive, self-sacrificing and loving. That “love” is based on how you make them feel about themselves, however, and not because of who you are. You know nothing of this yet, that what the narcissist has presented to you is a facade and you have been manipulated into loving someone who doesn’t genuinely love you back.

The Transition and the Realization:  Something happens from the narcissist’s point of view.  The narcissist starts to perceive you differently when cracks begin to appear in his or her idealized view, or feels criticized by you over perceived slights and believes you have started to devalue him or her first. The relationship starts to change as the narcissist begins to devalue and mistreat you. Ultimately, it culminates in “an event” or series of events that are so egregious that you have an epiphany:  Something is “not right” about this person.  Something is off. Something is fundamentally wrong.  I’ve should get out of this relationship.

ACT 2 – THE HORROR SHOW:  During this time, the narcissist uses an additional and different set of brainwashing tactics to keep you bound to the relationship as long as possible after you learn something is wrong. This second set of manipulation tactics is layered onto the first. In this situation, the narcissist attempts to convince you through various means that the mistreatment you have suffered is not what you believe it to be. Without the existence of THE FAIRY TALE, THE HORROR SHOW could not exist, and yet the two are inextricably linked in a way you did not know until it was too late.

It was during THE FAIRY TALE that the narcissist gently eased you into the water.  Now, in THE HORROR SHOW, you realize there is a danger you were not aware of.  One of the most horrifying is realizing that your own gift of love was used to make you this vulnerable to what he is about to do.

“I don’t understand. Why are you doing this? I thought you loved me. Do you love me?  Please stop.”

But every time he pulls you up for air, he gives you a different response.

In THE HORROR SHOW, part of the horror is that the answers you receive pose an existential threat to your sanity, as they signify every possible answer and no answer at all.

Why It’s So Hard To Save Ourselves

The transition is over. You’ve had the epiphany. You could save yourself… get out of the pool and run away… so what’s stopping you?

B. YOU’RE IN SHOCK BY THE STARK CONTRAST TO EARLIER BEHAVIOR: You don’t know what you’re dealing with because the person drowning you was supposed to love you and you don’t understand why they’re drowning you. It’s a huge shock, especially since you’re not feeling very strong at the moment. 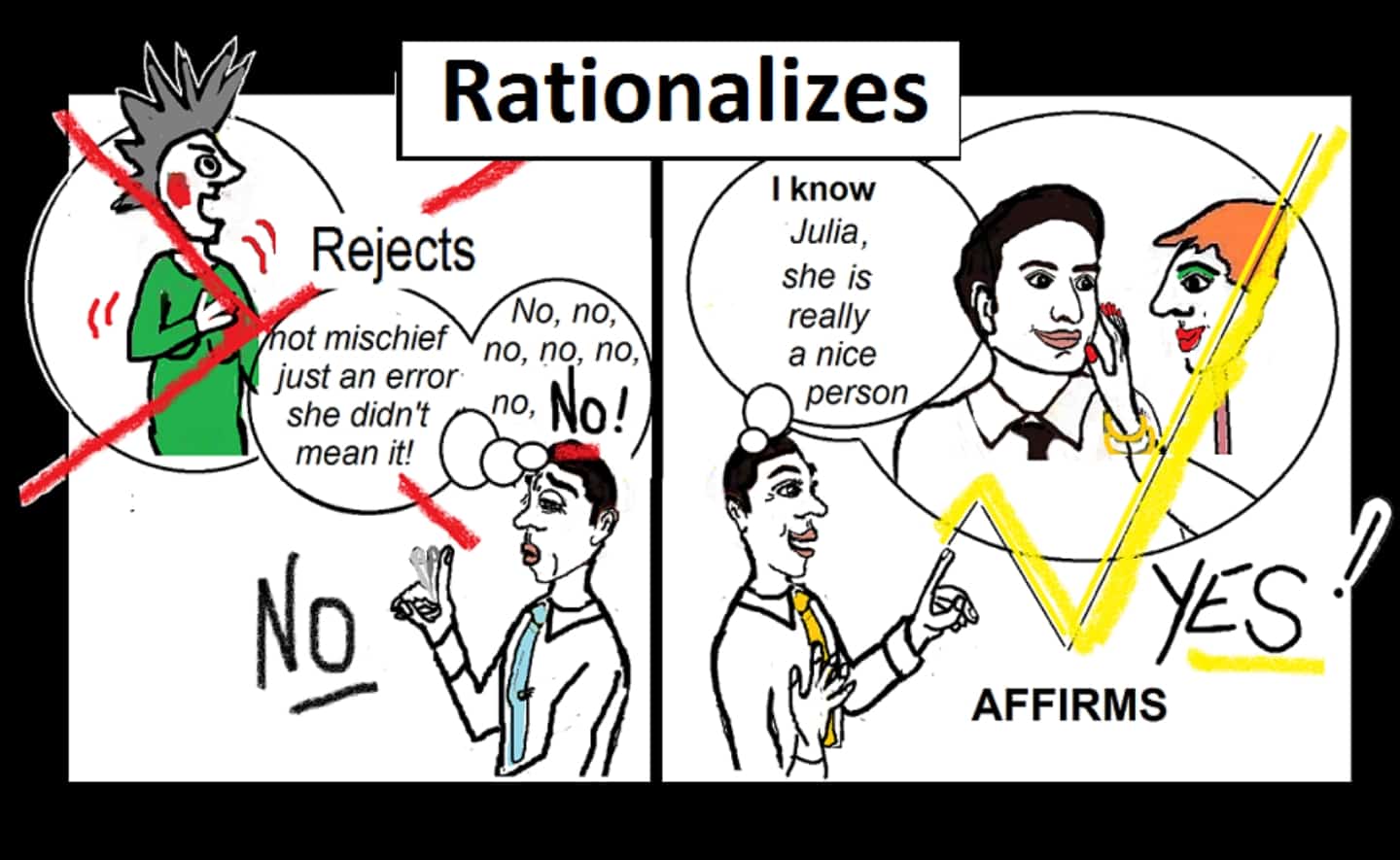 C. YOU’RE CONFUSED ABOUT WHAT’S HAPPENING TO YOU NOW: When you try to reconcile the two, nothing you get back makes sense. You don’t know what to believe and feel frozen trying to figure out whether this is your fault, whether it’s a mistake and the narcissist is going to stop, or whether it’s even happening and you’re just exaggerating.  There is no narrative that actually aligns with what’s happening and you can’t figure out why.

You have been impaired in your ability to figure it all out, and the person you’re relying on to help you is the one who impaired you and is still feeding you bad information.

Then the longer it goes on, the weaker you get.

And yet the more you believe the narcissist didn’t love you, the more confusing the situation becomes because you can’t understand why any of it happened in the first place and what all of it meant.

What may seem obvious to an outsider about dating a narcissist looks confusing to the person being abused.  To outsiders, there are no questions to answer.  There is no confusion.  There is no suffering.  There is no psychological manipulation. It may appear as if the victim is just allowing it all to happen, when internally, the victim may actually be fighting for his or her life through a mental fog purposely generated by the abuser.  The abuser is doing his or her best to ensure the victim never resolves anything and puts it together that he or she is being abused.

I have previously written that there are actually two epiphanies with several stages in between.  The first one, as described above, occurs when you realize something is wrong.  The second one occurs later after more time has passed and you realize that if you don’t get out immediately something very bad will happen.

In between the two is a battle, with information-seeking and strength-gathering on your part and a continued erosion of your will to leave on the part of the narcissist, both fighting for control of your mind.  Until one of them wins.

So I ask these questions:

These are not hypothetical questions that are impossible to answer.  They are real questions designed to highlight the psychological strength of people who leave their narcissistic abusers.  People can and do leave and they go no-contact, but what they overcome in order to do that is monumental. This triumph should never be minimized

Remember:  narcissists never truly discard you so even if they went silent but then you cut them off, changed your focus, and started the process of taking care of you, you’re a warrior and don’t ever forget that.

And if you’re still working on it, you can get there and you will. Find your support system, figure out where you are in the process of leaving, and build your strength to prepare for the end.  Understanding what narcissists are trying to do to you and thinking through what the end looks like are some of the best weapons you can have.  Those are the kinds of things that will help you to move out of the narcissist’s false reality and back into your own where you will be safe again.

*These same ideas are applicable to being married to narcissists. 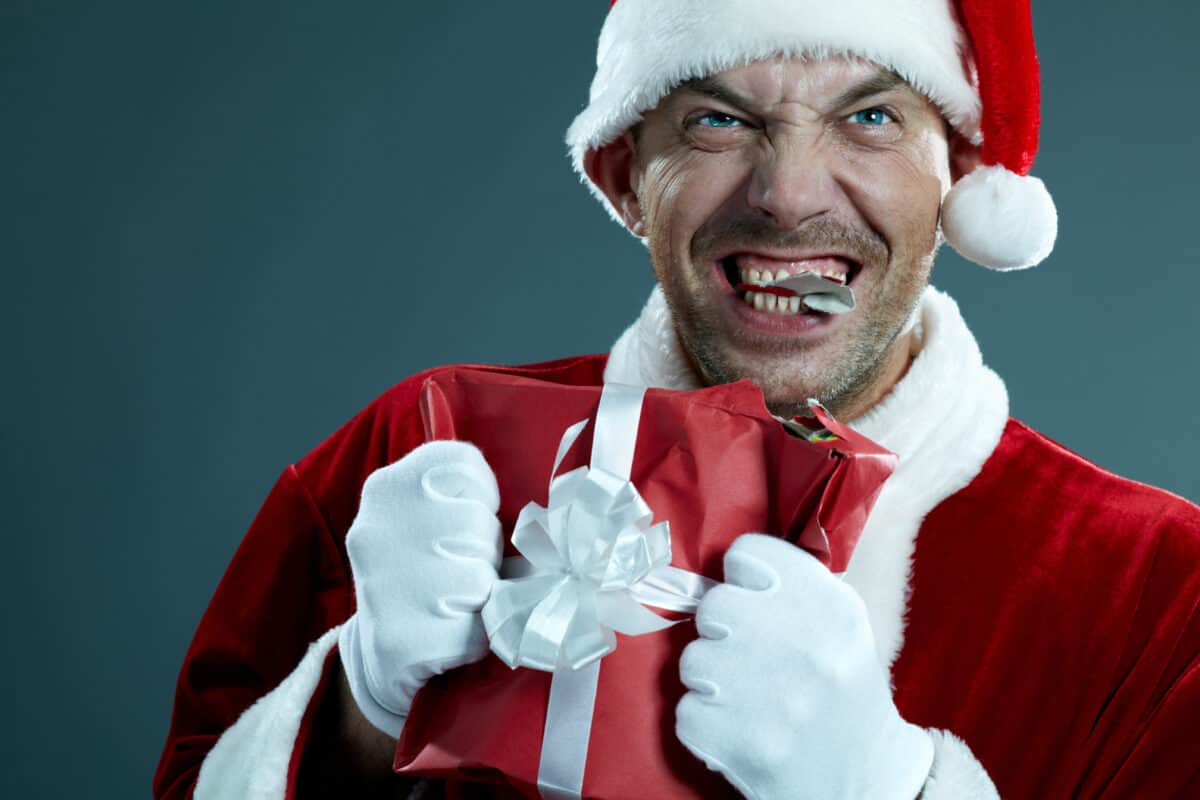