If you’re in love with a narcissist, I’m sorry to say it, but you’re in a cult.

How does it make you feel to read that?

If you feel dismissive of this idea, it may be because you have perceptions of cults that don’t seem relevant to your relationship.  For example, when you think of cults, you may think of religious groups.

If this is the case, you’re in good company.  The word “cult” has a common meaning, just as the word “narcissist” does.  However, it isn’t religion that makes a cult.

No One Joins a Cult

Perhaps you believe that if you were in a cult, you’d know it.

However, according to Steve Hassan, a world-renowned expert on cults, that isn’t necessarily true. In his book Combating Cult Mind Control, Hassan says that most people who are in cults don’t realize it at the time, or sometimes, even after they leave:  “People don’t join cults.  Cults recruit people.”

Perhaps you find it difficult to believe that cults have nothing in common with being in love with a narcissist and narcissistic abuse. By the end of this article, you may change your mind. 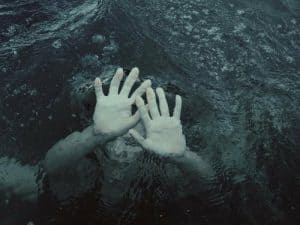 In a 2017 article, Buzzfeed broke the news that musician R. Kelly was holding six women seemingly against their will in properties outside of Chicago and Atlanta.

A former inhabitant of one of the homes described the conditions in which the women lived. Kelly took away their cell phones, forced them to cut off almost all contact with their friends and family, and forbade them from leaving the house. They had to call him “Daddy” and ask permission to eat, sleep, bathe, or use the bathroom.

He also forced the women to perform sex acts, which he filmed and showed to his friends.

This all came to light when the parents of one of the women contacted the local authorities. They told police that Kelly was abusing their daughter and holding her in the house against her will.

But when the police went out to the home to check on her, the woman claimed she was fine.

Her parents told Buzzfeed that the last time they saw their daughter, “It was as if she was brainwashed…she just kept saying she’s in love and [Kelly] is the one who cares for her.” They wanted to get her out and get her treatment for cult indoctrination.

Is their daughter in a cult, or is she in love with a narcissist and, by default, a victim of narcissistic abuse?

What is a Cult? 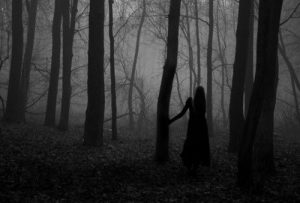 Common misconceptions of cults include:

None of these things is necessarily true.

Experts claim there are up to 10,000 cults operating in the United States at this time (LaRosa, 2018), most operating in secret. They can be as small as a family and can be based on any type of ideology–political, racist, spiritual, business, or other.

If it’s not religion or size that defines cults, then what does?

The International Cultic Studies Association defines a cult as “an ideological organization held together by charismatic relations and demanding total commitment.”

As this definition shows, what a cult believes isn’t as important as how it structures itself around its beliefs.

What differentiates a cult from a regular ol’ group is that, in a cult, what holds the group members together is their commitment to the cult’s beliefs.  Their commitment is so strong that it takes over their entire life.  And, at the center is a charismatic leader controlling it all.

Does this sound familiar?

Research has demonstrated similarities between cults and high-control abusive situations (Zieman, 2017; Lalich & Tobias 2006).  Cult experts who have identified these similarities call high-control relationships (such as those with narcissists) micro-cults, cults of personality, one-over-one cults, or cults of two.

Unfortunately, almost none of that research has made its way over to narcissistic abuse survivors and those who love, treat, and support them.

The Cult Leader as Narcissistic Abuser 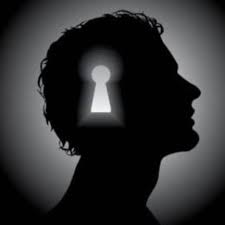 A similar pattern emerges to explain why people enter both cults and relationships with narcissists.  Once in them, the pattern persists in demonstrating how the group’s dynamic, whether it is many people or two people, keeps the victim there.

The dynamic begins with deception, a “message” communicated to a targeted victim by a person who is very good at deceiving people.

The victim is love-bombed into falling in love themselves with that message and with what’s possible. [See The Ultimate Narcissistic Abuse Dictionary to review unfamiliar terms]

It hasn’t escaped some researchers that cult leaders look like abusers. In an article about how women in cults are treated, Alexandra Stein (2018) makes the explicit comparison:

“Cult leaders…engage in many of the same tactics of control as one sees in domestic violence cases. The leader slowly gains control of every element of a woman’s life and cuts off her close relationships, portraying him or herself as the sole remaining figure to whom the woman should turn; this frightening abuser confusingly becomes the apparent ‘safe haven.’ This results in a ‘trauma bond’ through which everything outside of the group and the relationship with the leader feels threatening, and the woman is no longer able to think clearly about her own survival needs. But, when it is the leader and the group that is the real threat, it creates a dangerous situation in which a woman can no longer trust her own feelings and perceptions.”

Note that there is nothing to indicate that this dynamic doesn’t also function the same way for any relationship or group, regardless of the genders of those involved.

Similarities Between Cults and Love with a Narcissist

The deceiver very slowly isolates the victim from anyone who can tell him or her later how awful the abuser is–or has turned those people against the victim.

The victim may do things the abuser doesn’t like but which are normal under the circumstances, such as say, “Hey, this doesn’t seem like what I got myself into.”

In response, the abuser withdraws love, telling the victim it’s something they’ve done that’s causing the problem and dangling the promised ideal just out of reach.

A barrage of brutal abuses, control techniques, and emotion management then rains down on the victim, and if they fall in line and give just a little more, it stops.

The more the victims give up, the further away they dissociate from themselves. They lose track of how they got there. Abusers tell them it’s their fault. If they fight back or question it, the punishment gets worse.

The similarities between cults and being in love with a narcissist fall into three basic categories:

This table demonstrates the major similarities falling into each of the three categories.

Okay, so now that we’re clear there are similarities between the two, now what?

Being in Love with a Narcissist is Misunderstood 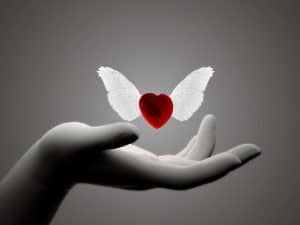 The parents of the girl living in one of R. Kelly’s homes explicitly mentioned that they wanted to get her treatment for “cult indoctrination.”

They recognized that their daughter had undergone an identity change, that she wasn’t behaving like herself.  She wasn’t acting in her own best interest, even though it appeared as if she had free will.

She did not, however, have free will in the way that we usually think of it.  The key to understanding both destructive cults and relationships with narcissists is “mind control.”

Cult expert Ian Haworth says the mind control in a cult can happen in a period of days when a victim is broken down physically and mentally, “so as to become highly vulnerable to the suggestions and wishes of the group and its leader… The end result is a sudden, drastic personality change in the individual… The new personality is unable to reason, to choose, to critically evaluate, and is dependent on the cult to interpret reality and his reason for living. Having lost the freedom of choice, cultists will do what they are ordered and programmed to do by the leader… Such a group intends to control and keep its members for life or until the victims cease to be of value to the leader.”

Even though the girl had entered a romantic relationship with Kelly, this was not just an ordinary emotionally abusive environment.  Even her parents understood that she was, essentially, in a destructive cult situation.

Framing the situation strictly as an abusive and exploitative relationship was not enough. There is no framework for dealing with indoctrination and mind control within the context of romantic or interpersonal relationships.

As narcissistic abuse survivors, we know better than anyone that we endure something psychologically that’s difficult to explain to anyone else. Our sense of reality is shaken, and we feel as if we lose a part of ourselves.

What we are actually feeling or describing is the effect of indoctrination.

However, severe psychological manipulation that reaches the level of indoctrination in abusive relationships is mostly ignored.  This special type of psychological damage, if left untreated, may keep us from integrating back into our lives indefinitely once the relationship ends.

Yet, no specific treatment for it even exists.

We have a lot we can learn from cult abuse recovery experts.  We don’t have to give up any other type of treatment that we might desire or receive because we experienced indoctrination in a pathological love relationship.

However, by adopting the idea that our relationships meet the criteria of a cult, we can be sure that the special harm we experienced due to the psychological manipulation will not be ignored.

If you like this article, you’d also enjoy these:

International Cultic Studies Association. (n.d.). What Is a Cult. Retrieved January 27, 2019, from https://www.icsahome.com/articles/what-is-a-cult

Stein, A. (2018, April 2). Cults are terrifying. But they’re even worse for women. Retrieved January 27, 2019, from https://www.nbcnews.com/think/opinion/cults-are-terrifying-they-re-even-worse-women-ncna862051

Zieman, B. (2017). Cracking the Cult Code for Therapists: What Every Cult Victim Wants Their Therapist to Know. North Charleston, South Carolina: Createspace.