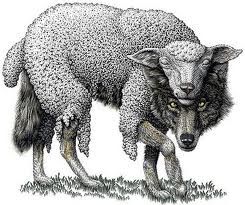 Narcissists and psychopaths are magicians. They get away with the things they do because they don’t just manipulate the people they target–they manipulate everyone.

This is important to recognize because their behavior is often framed as an individual problem, between the narcissist and his or her partner.  In actuality, however, it is a societal problem, for the reasons described below.

This isn’t to say that the damage they inflict doesn’t affect individuals.  I can attest that it is very real and it can have devastating consequences that can harm us for years and, in some cases, can cost us things we will never get back.

What I mean to say is that by the nature of what they do, it cannot be resolved alone just by asking each individual survivor to take a look in the mirror and understand how we let this happen or to heal ourselves and the problem will be resolved.

I believe that we know this and this is why so many of us continue to reach out to help other survivors find the truth and leave their partners and try to heal.  There are few resources.  Why is that?

Because there is a general lack of awareness of what narcissistic abuse really is.

But why is that?

Narcissists and psychopaths are magicians. They get away with the things that they do because they don’t just manipulate the people they target–they manipulate everyone.

Until we can also attack the problem by creating a more informed public about how narcissists seduce, abuse, and control victims, survivors will continue to lack the resources they need within the mental health system and from the criminal justice system.

And the number of victims will continue to rise.

According to trauma recovery therapist Bree Bonchay (2018), there are already 158 million in the U.S. alone and counting (including those abused within all types of relationships).

So how do narcissists and psychopaths get away with it?  Why are they so successful at hiding the abuse to the point that it is almost invisible?

4 Reasons Why Narcissists Get Away with Evil Deeds

1.  Misconceptions persist about what narcissists and psychopaths are.

I do so solemnly swear that, I confess, I hate the following terms:  narcissist, psychopath, sociopath,  and narcissistic abuse.  How can that possibly be since I use them practically every day?

It’s not that I really hate them because I recognize that they are very important for helping people who are victims of narcissistic abuse find the resources to recognize what is happening to them.

What I hate is that even as I am using these terms, outside of certain contexts, few people understand what I mean by them, and there may not be time for an aside to explain them. Particularly when it comes to terms such as “narcissist” and “psychopath,” it can be easy for those not familiar with the more psychological aspects of these concepts to assume that I’m not just talking about people who take a lot of selfies (the former) or someone who stalks sorority girls with butcher knives (the latter).

Even for those that are aware of the more psychological contexts of the words, sometimes it may be seen as overly dramatic when I bring them up.  After all, they sound like extreme terms to use, it can draw skepticism:  “How do you know?”  or “Why are you using those terms?”

In other words, using those terms to explain a form of abuse can be a distraction.  The conversation becomes one of focusing on stereotypes of the abuser when what I’m really trying to do is explain a concept of exploitation that has gone unnoticed and needs to stop. It cannot be explained by any other terms we currently have in our vernacular, and every other form of abuse is inadequate for describing what happens in narcissistic abuse.

The urgency and dire nature of the abuse becomes lost in the misconceptions of the very necessary but unfortunate terms to describe it.

The stereotypes and the nuances of trying to explain the larger details are one way that narcissists and psychopaths keep sliding under the radar with their invisible violence. Survivors deserve more than the reaction they get.

2. The default for most people is to believe that others are basically good.

This belief is part of the social contract. We believe in cooperation because, without it, there is no society. We establish our individual basic boundaries, yet we learn to trust that most people (until proven otherwise) are generally living their lives doing the least amount of harm possible according to their own standards and those standards probably mostly overlap with ours when we live in the same culture. Even if not, there is some basic idea of what being human means that we all share and we don’t need to talk about it.  We just live it.

Those things might include: when you tell someone something, you are telling them the truth (not counting the white lies we all tell–“I love your new haircut.”).  That when we make mistakes and hurt others, we have remorse for what we’ve done and try to correct those mistakes in the future.  That we don’t put others in harm’s way to benefit ourselves.

Survivors are just like everyone else.  We have been taken advantage of because of this default belief.

The reason why narcissists and psychopaths are able to continue to get away with abusing people again and again is that we have a hard time believing that others may not share the value of doing the least amount of harm possible to get ahead.

And when we do meet someone who makes us believe it might be possible, someone who seems a little off… well, see #1, #3 and #4 for why we may go ahead and write off the idea that what we’re seeing from the person is not exactly what we think it is.

We don’t trust our gut–we trust the magic trick.

3. People believe that they aren’t vulnerable or that they’re too smart to be taken advantage of by a psychopath.

What I find annoying about people who watch documentaries or movies or hear stories about narcissistic abuse and berate the survivor for not seeing the red flags is the commenter’s blindness to their own bias going into the hearing the story. The blurb for the film tells us the abuser was a bad guy going in.

If I read a mystery backward, I know who the killer is and I feel smart too as the clues pile up.

If you have the benefit of hindsight that the survivor didn’t, you shouldn’t give yourself so much credit.

That’s why socialized psychopaths are so successful at their exploitation. People who have never been through it don’t believe they exist (I didn’t), or don’t understand what that really means, or think they’d never fall for anything they do, that only certain types of people get involved with psychopaths. The funny thing is that trying to define what those “certain types of people” are is a recursive exercise. It folds back on itself and doesn’t really tell us anything.

One of the reasons why this is possible is because there is a systematic pattern to the way the psychopathic and narcissistic partners behave while in the relationships.

In the beginning, the love-bombing is like injected ecstasy. It sweeps both partners into something lush and sensual that stretches the boundaries of time.

But the lying… the cheating… and not in ways that would be considered run-of-the-mill cheating… They carry on double lives, triple lives–lives that involve marriage, engagements, living with multiple people at the same time, using covers such as business trips and elaborate careers requiring unplanned, frequent travel to foreign lands. They ask for large sums of money after trust has been established to start business ventures or even to fund lives with other people on the side.  They get caught up prostitution rings, child pornography, the dark web, often have drug and alcohol habits to support.

They also smother and isolate and monitor and abuse and come and go as they please and drain you a drop at a time until you think you’re making decisions on your own, but you’re not.

That’s because in retrospect, again, there’s a systematic pattern to the way they behave.

You can only recognize lies as lies once you see them uncovered as lies later.

And you can only begin to understand that someone is not the person you thought they were when you can push that someone out of own your mind after they have gained control of it without your consent.

Victims don’t choose to get involved with narcissists–they’re recruited into a dangerous game of psychological warfare.

4. Empathy and the lack thereof works for psychopaths and against their victims in “the court of public opinion.”

This works in two ways to the benefit of psychopaths and narcissists.

First, it works in conjunction with #2, the fact that we tend to give people the benefit of the doubt and believe others are basically good.  We also tend to be empathetic to them.  This is all part of being human and these things go hand-in-hand.

Narcissists and psychopaths tend to be charming and know how to say and do the right things and when to say and do them in front of the right audience. They are able to take advantage of and use these traits when they need to in order to get away with the things they do.  They can do it by contrasting themselves with their own victims in one of the worst betrayals they perform.

Second, the way that narcissists and psychopaths treat the victim ends up making the victim look inconsistent by default and difficult to understand or empathize with.

In other words, the former is an active form of using empathy against others, including the victim, and the latter is a passive way the abuse works against the victim to help the abuser and hurt the victim.

Here are a few examples of how that plays out:

But there is no one alive who benefits from these falsehoods–except narcissists and psychopaths. 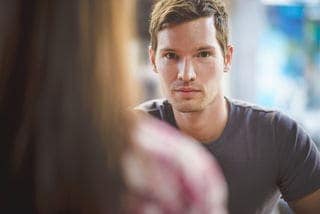